Posted on Sat 9 February 2019 by newtreeguy

Here’s the old beauty in 1972. It had been a long time since she showed first run Hollywood films, but Hollywood itself was pretty moribund at the time.

That’s the top of the back of the Coke sign on the Candler Building in the foreground. The Fulton Bank to the left and you can see the top of the Hilton above that. And the result

From what I can tell, the only people in the building were a doctor and his office assistant who discovered the fire and were rescued by the Atlanta Fire Department. And here she is being demolished later to be replaced by the Georgia Pacific tower. 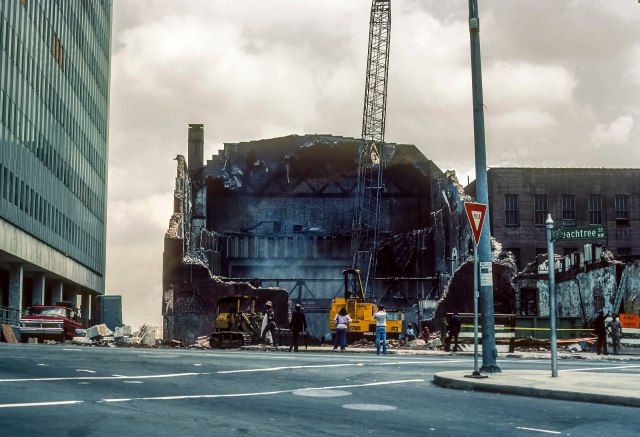