March is a bad month for tornadoes in Atlanta and 1975 had one I’d never heard of. Sunday morning, March 24th a wicked little storm blew in from Alabama. Here are the spots it hit in Georgia 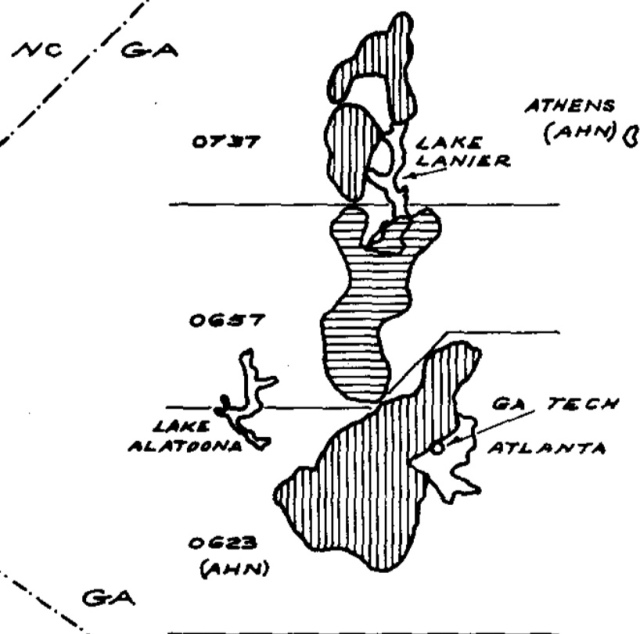 A funnel cloud touched down starting in Perry Homes and worked it’s way up near Georgia Tech touching down again south of Buford. Overall it did $56 million in damage and uprooted over 30,000 trees (I have been unable to find how many trees were impacted by the 2008 tornado). Three were killed, 152 injured. The governer’s mansion had moved from Ansley Park to Buckhead in 1967 and the new structure was heavily damaged which led to this storm being called the “Governor’s Tornado”.

Look who the city was trying to enlist to remediate the tree situation back in those days: 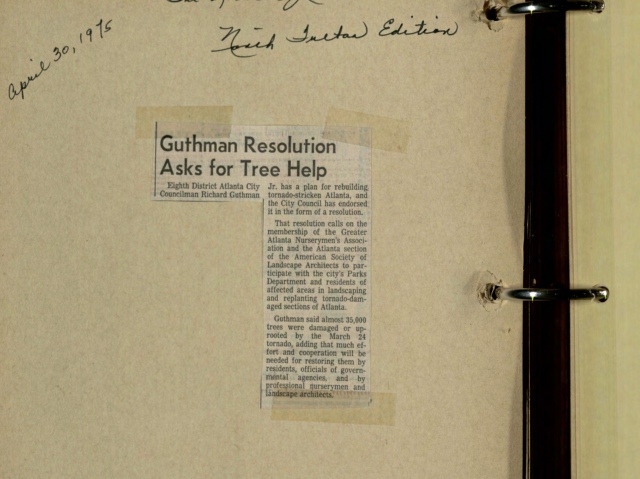 Be careful in Atlanta during March!